We’re in mid november 2017. A few month ago we’ve planned a weekend with our friend Léa who we met in 2014 during our trip in New-Zealand. We just started the restauration/preparation of an old 1995 4WD Land Rover displaying 450 000km on the clock! On her side, Léa just bought a sleeping van. So for that reunion we decided to meet in the Morvan Natural Park ! A wonderful region of France, unknown, forgotten, but full of wonderful rural landscapes and villages and with a huge History backgroung !


Here we go ! First night under the stars, weather is still good for a november month in Burgundy  ! At midnight we’re still outside chatting, exchanging news, far from imagining that in two days we’ll camp in the snow !!! 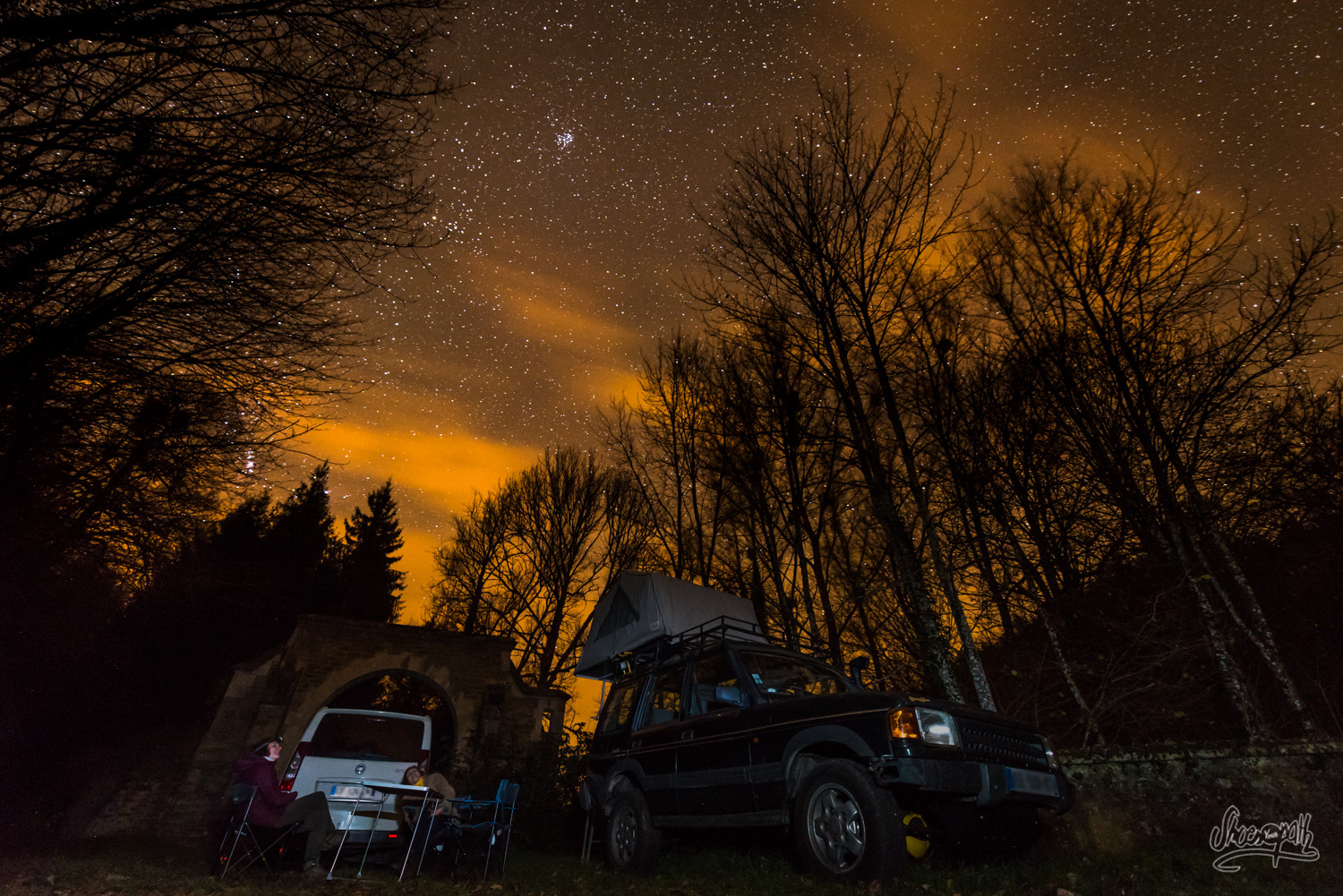 Camping under the stars

Vézelay and its basilica, holy place of Morvan

Vézelay is a charming little middle age village built on a hill on top of which prouldy stands a majestic basilica. And not a random one ! The Sainte Marie-Madeleine de Vézelay basilica was a christian holy place during middle age, and today it’s still an important pilgrim stop on the Way of Saint James, and a major building of roman art. But that’s not all ! It is also the place from where the second crusade was preached and from where Richard Lion’s Heart and Philippe Auguste gathered troops and started the third crusade !

So that’s where we decided to start our own adventure in Morvan, with the visit of the basilica of Vézelay, followed, not by a crusade, but by a nice hot chocolate ! 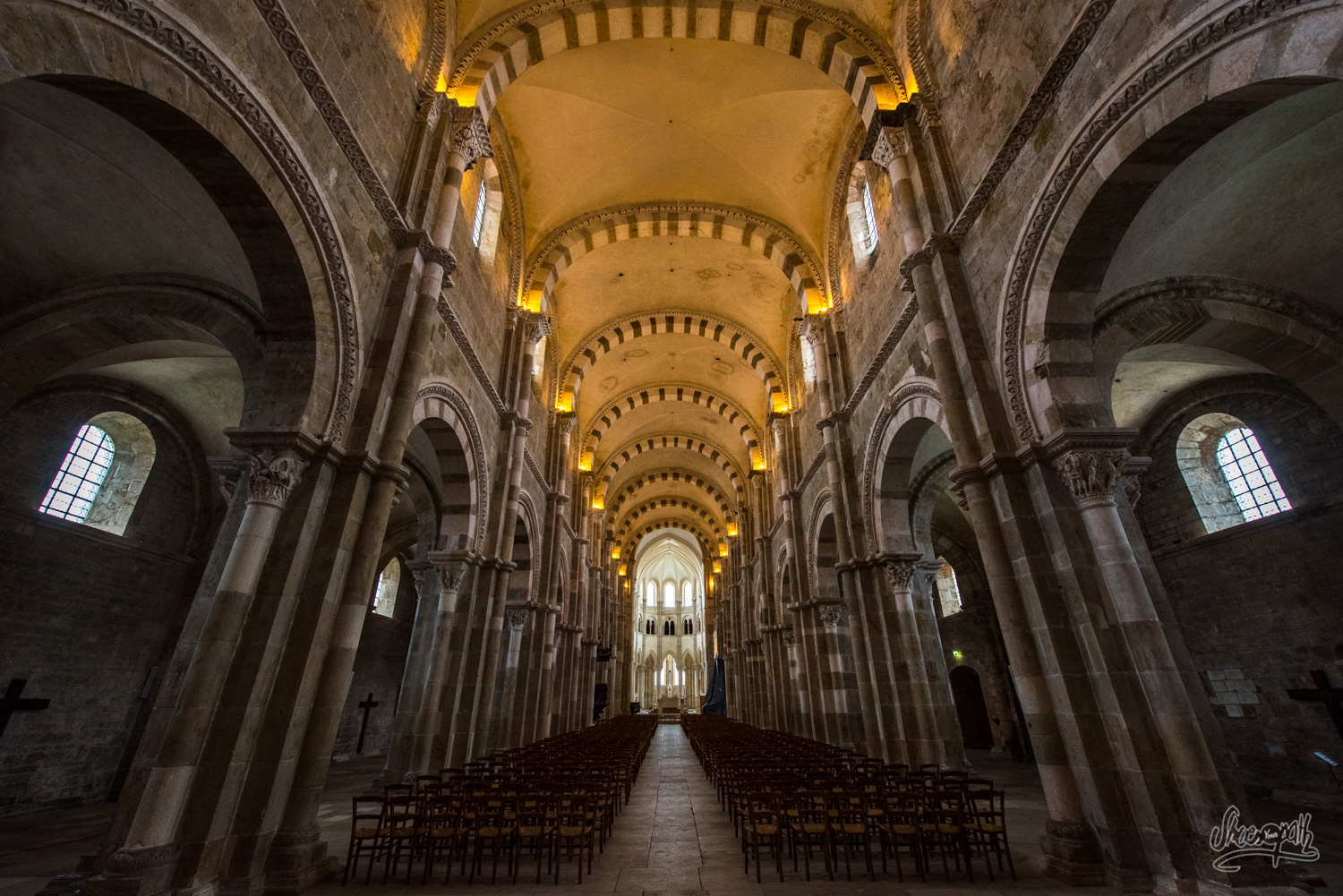 On the terrace behind the church, from the lookout over a large part of the Morvan Natural Parc, we decide to drive south. Yep, we’re that kinda travellers, we choose direction using the sun, clouds and wind ! We start by visiting a beautiful strong house which name is Château de Vauban. Yep, ladies and gentlemen, this was nothing less but the house of the great maréchal of Vauban ! Morvan area is full of castles, churches and fortress ! But guess what ? We won’t be able to visit them, we haven’t planed anything and just discovered that they’re all closed at this time of the year. OK, well, we’ll backup on a nice picnic spot on the banks of a river under a beautiful old stone bridge. 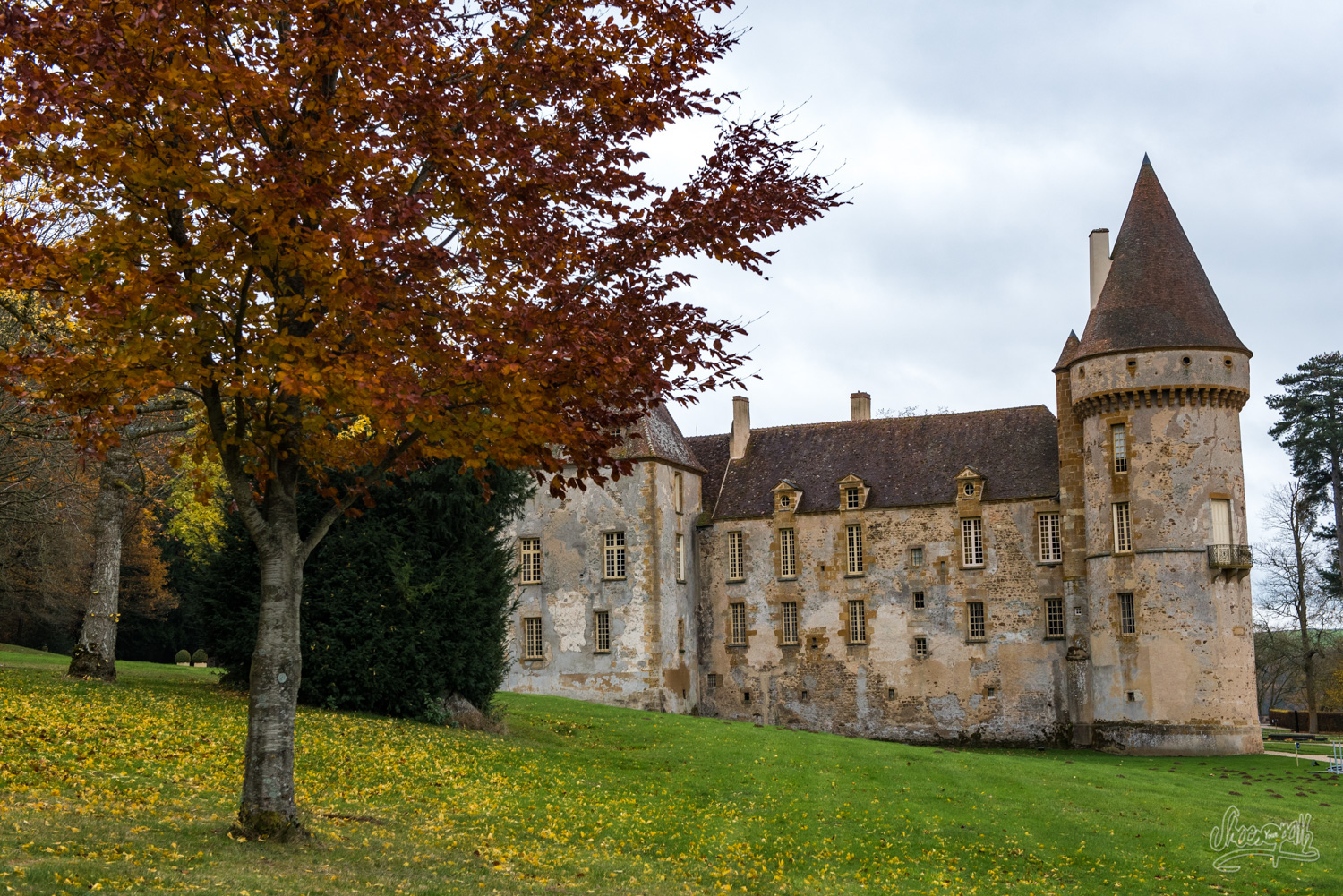 It’s time to find a camping spot for tonight, the sun gets down pretty early in automn. We’ve spotted a place on the map, just next to the lake of Pannecière, one of several huge lakes we can find in the Morvan Natural Parc.
But as we arrive, surprise ! The lake is dry ! Totally empty ! In fact, it’s a dam for hydro electricity generation, and it seems that tonight all Morvan will light their houses with candles. Whatever, with the rain that falls and the end of the afternoon the ambiance is unreal. We’ll definitely camp here !

Rain poured on us all night long ! We wake up in an aquatic world, and seriously think about swapping our trucks for canoes. But to hell with the weather, we’ve exeprienced worst during our camping and hitchhiking trip in New-Zealand, we won’t stop our weekend for a few mud pools and rain drops.

Besides, the weather seems to offer us a moment of respite with pretty morning sunlights while we approach the Dragne waterfall. The rest of the day will be ponctuated by showers, forcing us to drive when the rain is falling and stop when the clouds are quiet. Unfortunately we’re not as good playing at this as the sky is, and end up drenched quite quickly. As it is, we didn’t take time to shot many pictures at the lakes and at the waterfall called Saut du Gouloux, recommanded to us by some friends.

A second super wet camping night, followed by a foggy freezing day wasted our visit of Bibracte and lowered our spirits down. Though Bibracte is an amazing historical site on the top of Mount Beuvray. It was the capital of the Aedui, a celtic folk formely allies of Roma, but who finally changed side. It was here, during an assembly of gallic folks in 52 BC, that Vercingetorix was entrusted with the supreme command of gallic armies with the idea of kicking Cesar’s bottom. Snow began to fall in mid afternoon… We had to find a campsite for the night, determinated, but the snow got the better of our spirits, which couln’t lower more that it had already. Fortunately Léa brought a stock of delicious home made cakes in her sleeping van ! We took the decision the next morning to find refuge in Dijon, promising ourselves to come back in Morvan with the sun, because that area of France is full of treasures, secrets and beauty that must be seen…

France – Around Occitanie : Albi, Lourdes and the cirque de Gavarnie

France – Wandering in l’Hérault and the Languedoc

France – In the Pyrénées Catalanes