This is the last stage of our trek on Peaks of the Balkans. After a wonderful detour in the Grebaje Valley, we jump back on the official track that will lead us back to Theth, where we began this journey. Starting from tiny village of Vusanje, this track will lead us through the valley of Ropojana, behind the stupendous Karanfili Peaks. The weather is perfect and it is such a marvellous stage that we decide to cut it in two, spending the night under the stars at 2000m high. The best way ever to enjoy the place ever!

Peaks of the Balkans – Stage 9 : from Vusanje to Theth 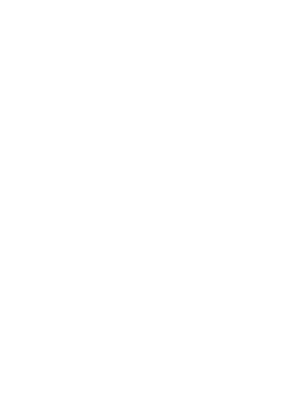 We’ve spent the night in Vusanje at the Grla Waterfall restaurant and guesthouse sitting just nearby the beginning of the track. As you can guess from the name of the restaurant, the Grla waterfall also rushes next to the place. It is quite impressive, its raging waters falling without hesitation in a large dark cave that is said to be bottomless!

We set up for the heart of the Ropojana valley. This last stage of Peaks of the Balkans is one of the most beautiful of the entire loop. We are very lucky with the weather today and hope it will last! We follow a river for a while, having a break at wonderful Oko Skakavice, a turquoise blue eye of crystal clear water pouring from the ground.

The track is quite easy for now, being a large and flat 4WD road at the bottom of the valley. It is bordered by large meadows and a few pine trees at the foot of which you can easily find wild strawberries and raspberries. They are amazingly delicious! On our right, we’ve got the majestic Karanfili Peaks that we’ve seen from the other side yesterday in the Grebaje Valley. On our left, other high peaks that are not less beautiful. We are walking at the bottom of a royal kind of gulley! As the weather can’t be any better we set our mind on finding a quiet place halfway to camp tonight.

We reach the seasonal lake Gjeshtarës which is still unusually full of water despite the fact that we are in early-July… It should already be dry but for the terrible weather we had on the last few days. We see a lot of vipers swimming in the clear waters. Maybe not a good time for a swim! We have a long lunch break on the banks of the lake, hoping for the quiet wind to fall. We would like to take pictures of the Karanfili Peaks mirroring in the lake but the light breeze wrinkling the surface of the water will keep it from happening. We set back on track, slightly disappointed. Aren’t we too demanding?

We are so hot now. We are feeling so thirsty and we are already half through our water bottles. We have to reach the next source before we pick a place for the night. The track takes us up through a dry pine forest to a wide natural amphitheatre, a giant green meadow surrounded by impressive mountains. Perfect place to camp under the stars! We find the source at the end of the meadow as well as ancient shepherds cabins. We set up the tent just nearby, between bushes of perfumed white flowers. Once again, we are totally alone!

Around ten p.m., we take a look outside the tent. The milkyway has just risen. The moon is still asleep. The mountains are offering a dramatic foreground to the sky scenery. Not a cloud to be seen. Perfect conditions for astrophotography! Moreover, we have a little surprise tonight. Hundreds of fireflies are swirling around in the dark. Their sophisticated choreography is just amazing!

The following morning, we have to climb up quite a bit under the hot bright sun but it really doesn’t matter, as we don’t have far to go! We only have to walk half a stage today! On the way up the pass, we come across several old bunkers, historical witnesses of this period of time between 1967 and 1986 when communist leader Enver Hoxha gave the order to built more than 500 000 bunkers all over the country, as he was very afraid to be attacked by his surrounding enemies. The invasion never happened, and thankfully the soldiers waiting in these remote parts of the Balkans never had to fight, were surly bored to death but at least had a great view.

We walk through a narrow pass that leads us strait to small lake Pejës. It sits at the bottom of a massive rocky salad bowl. A geologist would certainly enjoy this place very much: it just looks like some giants tried to make castles of cards on top of the surrounding mountains but that a lack of correct engineering resulted in the castles to crumbles down the slopes. Huge geometric shapes strew the ground in a not-so-tidy fashion. The inhabitants of the lake -noisy yellow frogs- don’t care at all about all that mess.

We arrive at Pejës Pass from where we get awesome views on mythic Mount Harapit, also called the “fang”. Mountain climbers are all crazy about this place. They pretend that the view from the top is very far from being the worst on Earth!

After the pass, it is a long way down to Theth valley. It is beautiful, dry, steep and sooo long! We come across many hikers coming up from the bottom. They look very exhausted! That must be quite a climb! Thankfully the view is largely worth it. After all these quiet days on the track, we are quite surprised to meet so many people. It reminds us that we are coming close from Theth, which means close from tourism and civilisation!

We arrive in Theth at the end of the afternoon, ending beautifully our Peaks of the Balkans adventure! This has been a truly great trek. Let’s sum it up: jaw-dropping landscapes, unique and preserved nature, warm and welcoming people, delicious gastronomy, not-too-technical stages, the occasion to discover a different culture not so far from home… All the ingredients are here for Peaks of the Balkans to become a Great Hiking Trail of Europe! There still are a few things to improve (the marking system, maybe?) that keep the track from being accessible to everybody. Which is probably not that bad for now…

Peaks of the Balkans – From Valbona to Çerem

Peaks of the Balkans – From Theth to Valbona

Peaks of the Balkans – From Te Liqueni to Babino Polje